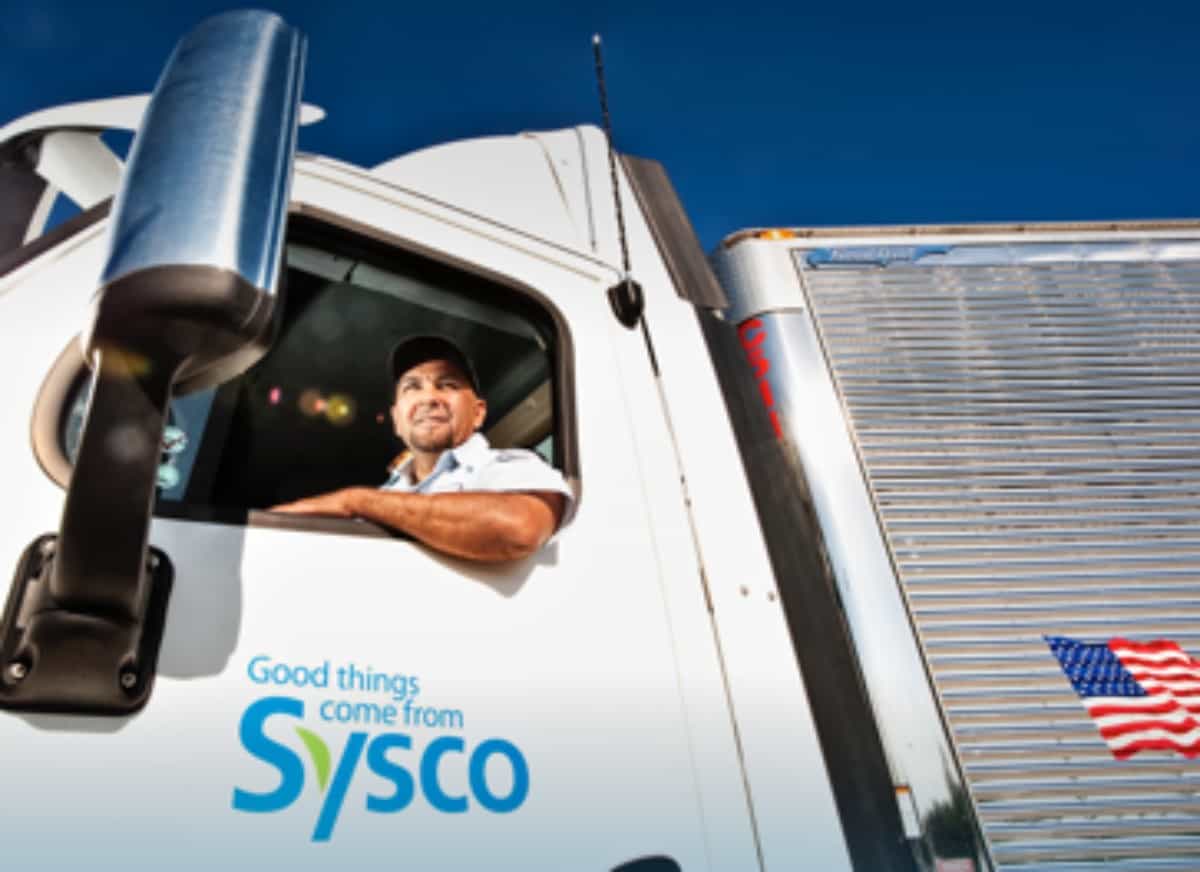 Sysco Corporation is a leader in the food retail industry, founded in 1977 with over 66,500 employees.

The company, which has a market cap of $32.7 billion, is in charge of distribution of food and food-related items for some of the world’s largest grocery stores.

A publicly traded company, Sysco has over $55 billion a year in revenue, according to 2017 figures.

The company is the largest broadline food distributor in the world, and has more than 600,000 clients and 330 distribution facilities around the world.

Operating out of 90 countries and headquartered in Houston, Texas, Sysco is an integral part of the world’s food distribution process. The company has an estimated fleet of over 13,000 vehicles on the road.

The company delivers a variety of goods, including:

Food distributors are a major focus for truck drivers because people will always need food. A safe industry to drive for, Sysco has made numerous acquisitions that allow the company to transport food to everyone, from grocery stores to restaurants.

A few of the major purchases by Sysco foods includes:

The SYGMA network is owned completely by Sysco, and it is responsible for distributing non-food and food products to restaurant chains across the United States. The segment alone has over $6.7 billion in sales and deliveries to around 16,000 restaurants.

Food distribution is a major focus for truckers, but it is also a very challenging field.

Customers often want delivery at off-peak hours, so truckers may have to deliver in the middle of the night so that store shelves can be stocked with as little interruption to shoppers as possible.

Lengthy load and unload times are a concern for truckers that may have to wait at a stop for two hours at a time.

But there are often steady routes, and there is no shortage of work for a trucker in the food distribution industry. Trucker shortages have caused a gap in food distribution drivers, so many truckers can demand higher pay.

How much does a Sysco truck driver make annually?

Pay at Sysco is location-dependent, but the company claims that the top-performing CDL A drivers average $85,000 per year. The company does offer sign-on bonuses, and these bonuses also rise in areas that are in higher demand.  These are not included in their estimated salary average.

North Dakota, for example, has one CDL A delivery truck position that will pay a $7,500 bonus, but in Memphis, Tennessee, the same position is offering a sign on bonus of $1,000.

Based off of information provided by Indeed.com, the average salary for a Sysco truck driver (*including bonuses) is 28% above the national average at $87,085.   Salary distribution has the salary range between $43,000 and $132,000.

When working for Sysco, drivers are often kept to local routes, making it a desirable company for truckers that have a family. Daily routes are offered, and this leads to most routes allowing truckers nightly home time.

The company’s benefits include:

Sysco’s benefits are immense, and the company wants to remain at the top of the industry.

Keep in mind that there are non-CDL positions available, so it’s possible that this is why some drivers are earning significantly less than the average.

Fast-paced, the company does demand a lot from their drivers, and oftentimes, management doesn’t see eye-to-eye with drivers. The work environment is intense, but drivers rave about the pay and benefits that are offered.

Overtime is often available, and equipment is well-maintained.

One nice addition to the company’s pay and benefits is that they do respond to driver reviews and are working to offer the best work environment. The stress of the job, and management, is often caused by a lack of drivers in the industry, making it difficult for the company to keep up with demand.

Some drivers, and this may change from location to location, claim that they work four days and have three days off. These are four, ten-hour days that are rigorous, but it allows for three solid days at home to spend time with your family.

Seniority in the company will also open up additional opportunities.

Drivers that have been with the company for years, and these are the drivers that are at the high-end of the pay scale, will be able to secure what some drivers call “gravy routes.”

These are routes where pay can be $400 – $450 per day, and while these are 12-hour routes, the senior truckers often finish them in 9 hours.

It’s a lot of hard work, but it is worth it in the end when you commit to working for Sysco.

Home time is offered daily, but expect to be at work early and come home later in the evening. You will be sleeping in your own bed in most cases, but you’ll also have little time left when you come home at night.

Newcomers will start with the longest, most difficult routes that the seasoned workers often don’t want to do. This is standard in most companies where employees are rewarded for their loyalty, and there will be a decent amount of turnover for newcomers that aren’t used to long hours.

Sysco is like any large-scale trucking company: they demand hard work and have more than enough overtime available. But with the incentive of high pay and daily home time, it’s a company that a lot of truckers like working with.

You’ll be working in well-maintained vehicles, and the benefits are great.

Work with Sysco for many years, and you’ll be rewarded with the higher paying routes that everyone wants to be able to secure. If you’re a hard worker, a job at Sysco may be a good fit for you.