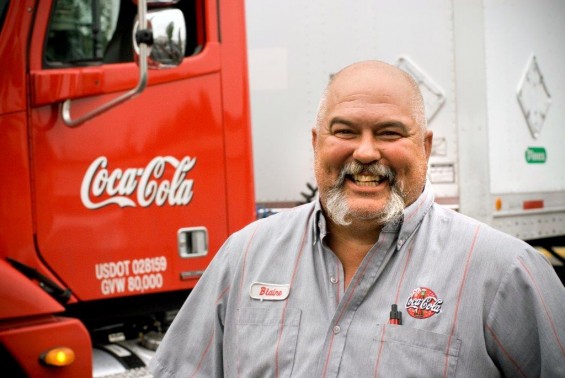 Coca Cola is one of the most recognizable brands on the planet. The iconic red and white logo is emblazoned on trucks all over the U.S. and across the world, with drivers delivering the refreshing beverage to retail stores just about everywhere.

If you’re considering a career with Coca Cola, you may be wondering how much you’ll earn, and what the job requirements are. You may also wonder what the job entails.

A Day in the Life of a Coca Cola Driver 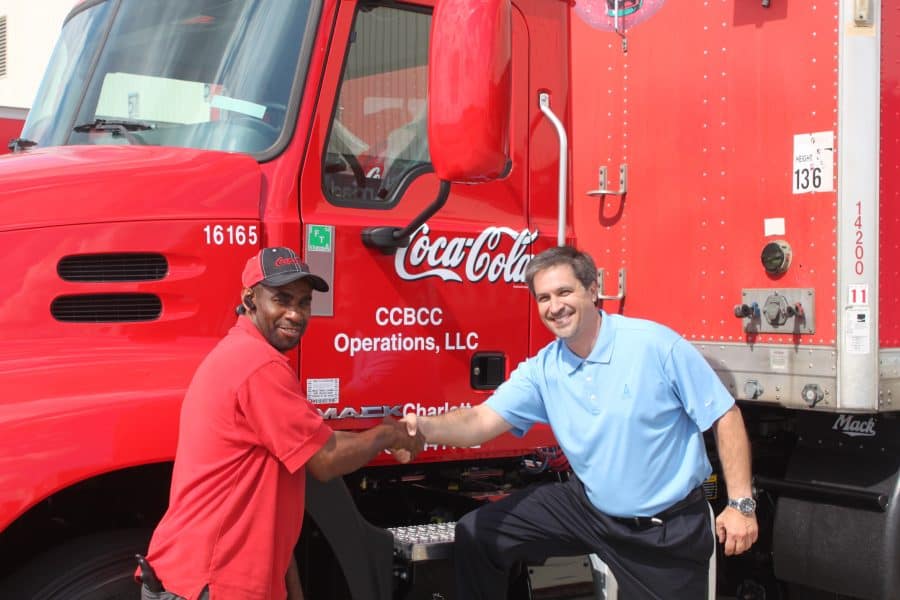 Coca Cola truck driver jobs can be intense, but most drivers enjoy working for the company. Many start their day at midnight, but their route is often local, which allows for more home time.

In fact, most drivers only spend four to five hours behind the wheel.

Trucks are typically loaded with 20 grocery pallets, which can carry 70 cases of half-liter bottles and 80 cases of 32 cans. At this rate, drivers can deliver up to a million cans of Coke each week.

All drivers must meet the following requirements:

Each type of driving position also has its own requirements and work schedule.

Drivers are expected to deliver 450 cases per day, and need to be able to handle repetitive lifting. Product handling and date management are also a part of the job responsibilities.

Full-service drivers stock and rotate vending machines, and deliver Coke products to customers. Most will deliver 140 cases per day, which equates to lifting about 5,180 pounds per day.

These drivers start their day at 6 AM and may work 45-55 hours (overtime may also be required).

These drivers are responsible for delivering Coke products to customers, and operate industrial vehicles and equipment.

Drivers start their day at 5AM, and overtime is sometimes required. Most drivers work 45-55 hours per week.

Now that you know what Coca Cola CDL jobs entail, let’s take a look at how much you’ll get paid.

Coca Cola is not transparent about how much they pay drivers. In fact, you won’t find much information at all about driver jobs on the corporate website.

But third-party salary sites give us an idea of how much drivers earn.

What’s the average Coca Cola truck driver pay? Just for reference, the average trucker salary in the U.S. is $40,000 per year, but some companies, like Walmart, pay $70,000+ per year.

According to payscale.com, the average Coca Cola delivery driver earns:

Based on Payscale’s data, Coca Cola pays its drivers close to the national average. With the higher end of the salary range being over $80,000, it’s safe to assume there’s room to move up in the company or gain substantial raises over time.

Indeed.com’s data for Coca Cola drivers differs from Payscale’s slightly, but they calculate salaries based on the average – not the median.

There are five salaries listed under the “Vehicle Operation” category. Average salaries for these positions are as follows:

Driver merchandisers are listed under the “Loading and Stocking” category, and the average salary for this position is $44,755 per year.

Based on Indeed’s numbers, drivers at Coca Cola make about the national average or a little more.

With overtime, they may make substantially more.

Glassdoor.com has limited information on driver salaries at Coca Cola, but they do have data for driver merchandisers and delivery drivers:

These figures are in line with what Indeed lists for Transport Drivers, and Payscale’s median pay listing. 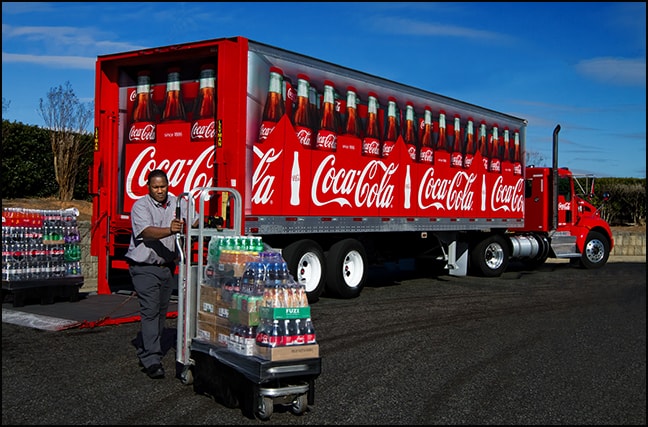 The pay is about average, according to data from third-party sites, and the hours are 45-55 (sometimes more) each week. But what about the work environment?

If you dig through reviews from drivers and other workers at Coca Cola, you’ll find mixed reviews. Indeed’s average rating from employees is 3.9 stars out of 5 (based on over 4,000 reviews), which isn’t too bad.

One big complaint is the long hours, but truckers typically work long hours no matter their employer.

Interestingly, none of Indeed’s reviews are from drivers, so it’s hard to say whether drivers enjoy working for the company.

Those that enjoy working for the company say the work environment is challenging but fun and rewarding.

One thing Coca Cola offers is job security. Unlike other carriers, the company doesn’t rely on shippers. Coca Cola is its own brand and serves its own customers in the food and retail industries. As one of the most recognizable brands in the world, you never have to worry about running out of work.