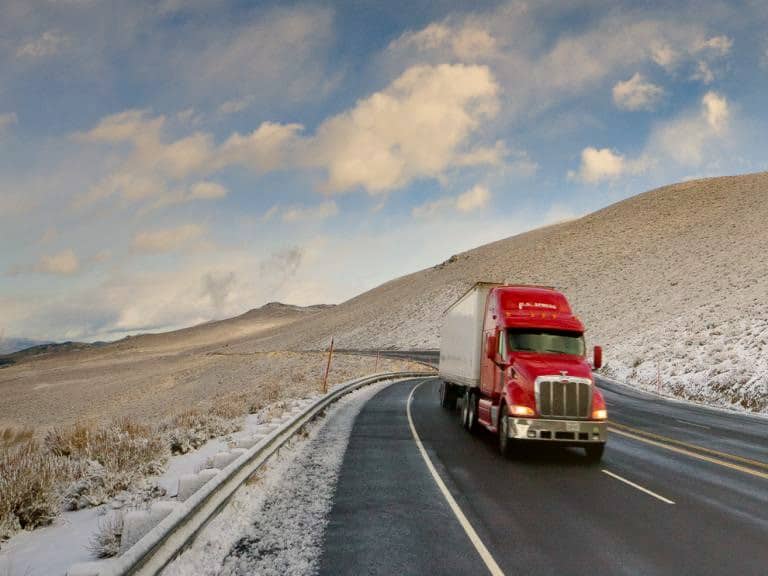 How Much Does A Truck Driver Make Per Mile?

If you’re thinking of getting into the trucking industry, you may be wondering how much you will be paid per mile.

Even if you’re already in the business, you may want to find out if your pay rate is fair, or below average.

No matter the case, it’s important to remember that the average truck driver pay per mile will vary greatly depending on:

With that said, you can get an idea of how much you should be making by looking at recent salary data from top employers and the U.S. Bureau of Labor Statistics. 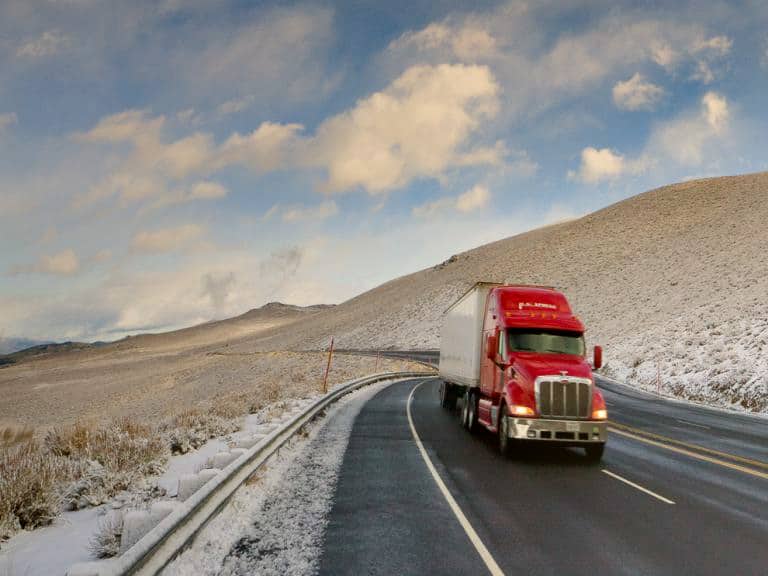 Unlike other industries, truckers are paid by the mile – not hourly, or on a salary basis.

Some companies are making the shift towards other compensation models, like hourly or even profit percentage. But the vast majority still pay by the mile. Why is that? And is it beneficial?

The pay per mile model is considered “piecework” pay.

Under this scheme, workers are paid a fixed rate for the unit produced regardless of how long it takes. In this case, the “unit produced” would be miles.

This model works well for the trucking industry – at least it did for many decades. But if the wheels aren’t turning, drivers aren’t making money.

And in a world full of traffic jams, delays and inspections, drivers are donating more of their time than they did in the past.

To be clear, your pay per mile will not account for time spent:

As you can see, drivers spend a lot of time waiting, and they’re often not compensated for it.

Some truckers say that in a 70-hour work cycle, as much as 10 of those hours may be unpaid because the truck just isn’t moving.

That’s why it’s important as a trucker to work for an employer that offers above average or, in the very least, fair pay per mile, so this can offset the extra time you spend “off the clock,” so to speak.

So, how much do truck drivers make?

Some companies pay more. The jobs that pay between $0.40 and $0.45 per mile are typically given to drivers with many years of experience and have exceptional driving skills.

But again, compensation per mile and the number of miles you get per week will vary greatly depending on who you’re working for, and your experience level.

Drivers who haul sensitive materials or have a lot of experience may earn $1,350, but don’t expect that kind of pay as a rookie.

How Much Does The Average Truck Driver Make Per Year?

It’s difficult to determine how much truckers make per year because they’re paid by the mile – not hourly or on a salary basis. But the Bureau of Labor Statistics does provide some figures to go off of.

The median overall annual salary for a heavy and tractor-trailer driver was $59,683 in 2019.

Going off of these figures, truckers earn a higher salary than the average occupation in the U.S., which is $35,540 for all occupations.

Based on the average salary data we have, we can make the following conclusions:

There are some people who recommend not accepting pay that’s less than $0.40 per mile, which equates to about $40,000 per year for most drivers.

But many trucking companies will only pay this rate to drivers with experience in the industry.

If that’s something that you have, then by all means, you should accept nothing less than $0.40. But if you’ve just completed truck driver training and are looking for your first job in the industry, you’ll be lucky to get much more than $0.29-$0.30 per mile.

And again, the numbers above are just estimated figures. Remember, pay in the trucking industry is heavily dependent on experience, location and the company you work for.

What about owner-operators? How much do they earn on average?

Most people assume that owner-operators earn more money per year, and in most cases, they would be right. But they don’t necessarily earn a significant amount more.

If you think you can simply buy a truck on Trucker to Trucker and start raking in over $150,000 per year, you’d be dead wrong.

Owner-operators may take in over $260,000 in gross revenue, but once you deduct expenses, maintenance and all of the costs that go along with running a truck, many don’t earn much more than experienced company drivers.

Things like gas, maintenance, fuel taxes, permits, tolls, tires insurance and even coffee add up over time and can account for a serious chunk of your earnings.

The highest paying owner operator jobs are long-distance runs, which may require you to spend a lot of time out on the road. Many owner-operators routinely work with the same company, and many lease their trucks through a carrier in hopes of being their own boss.

If you’re a rookie driver and a carrier is trying to push you into becoming an owner-operator and leasing through them, think twice about working for them.

Being an owner-operator does have its perks, and if you know what you’re getting into, it can be a profitable career.

Remember, just because you gross over $150,000 per year, that doesn’t mean all of that money is going into your pocket.

Pay rates in the trucking industry vary greatly, and the rate you’re paid per mile may be very different from your trucker friends. But that doesn’t mean that you can’t earn a great living doing what you love.

The key is to find an employer (if you want to be a company driver) that pays a fair rate.

If you’re just getting started, you can expect to be paid less than someone with a few years of experience, but many companies will offer pay raises every 4-6 months as you progress through your first year as a driver. 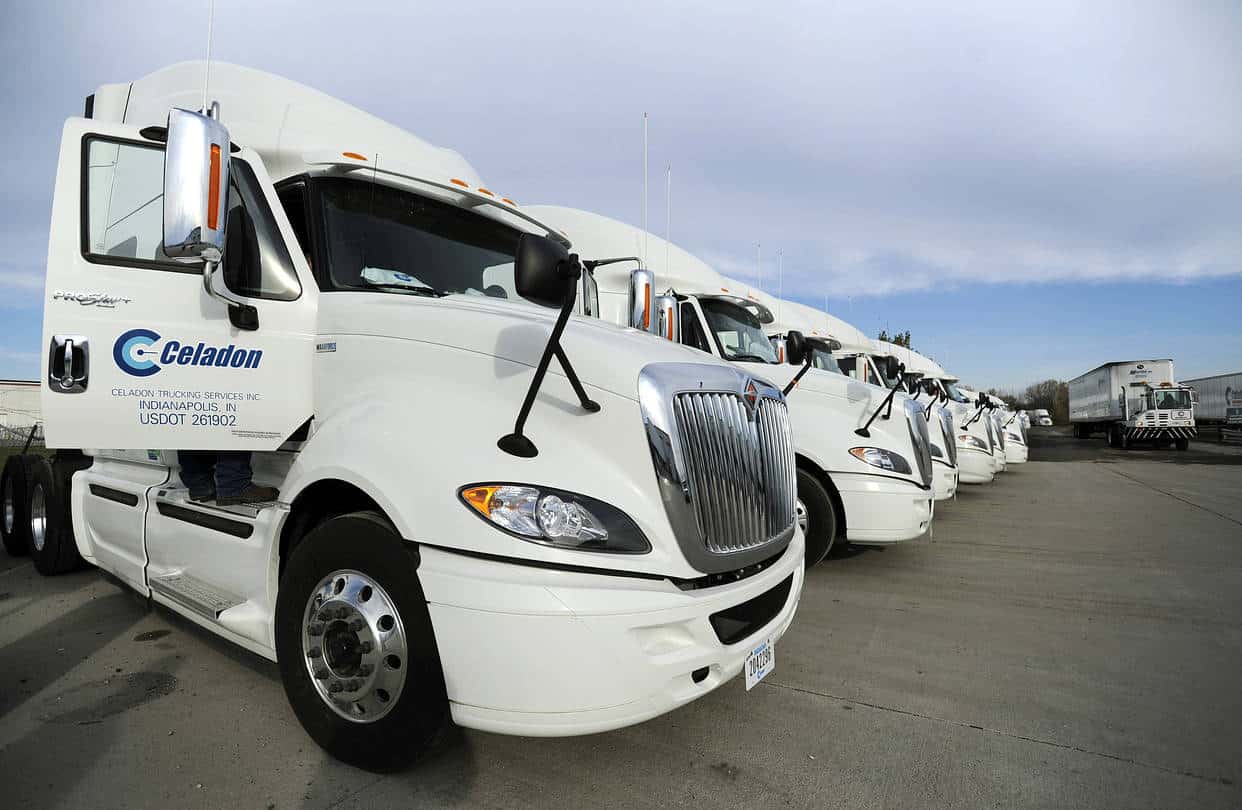